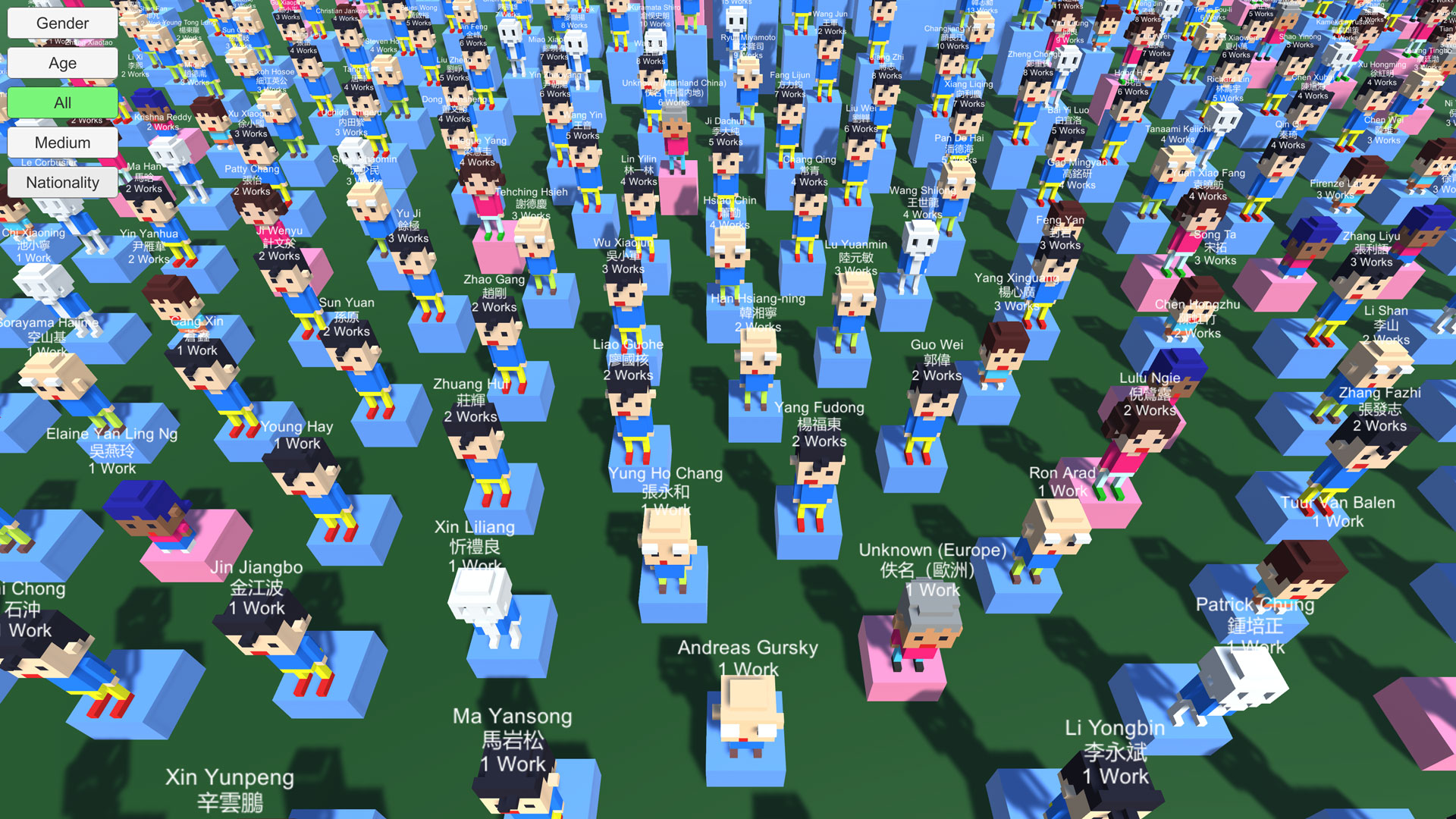 MetaObjects participated as part of the winning team at the first-ever M+ Data Design Hackathon on 31 August and 1 September 2018. For the event, M+ the Museum of Visual Culture to open as part of the West Kowloon Cultural District opened up access to the data from the M+ Collection. The data includes information on artists and artworks in the collection. The hackathon led by Micah Walter and Jane Pong, invited 8 groups of designers, artists, technologists to use data visualisation techniques to develop insights into the state of visual culture in Asia and to define opportunities for new connections across material.

MetaObjects worked together with Jason Li, Sally Hui and Linda Lew as part of Team Algorithm to create a 3D interactive interface called Sim M+ allowing users to explore the artists in the M+ Collection. The environment, built in Unity, enables visitors to filter and group artists by age, gender, medium, and nationality. The playful design and voxel art was created by Jason Li. The revealing narrative from data showed significant numbers of artists identified as male and Chinese nationals, raising questions of what a collection represents for the community and the important role public institutions play. The data revealed which mediums and artists of which gender or age group were collected more. Open data allows for civic engagement enabling possibilities to also question and raise concerns over the social responsibility of museums to work towards equality and gender parity. 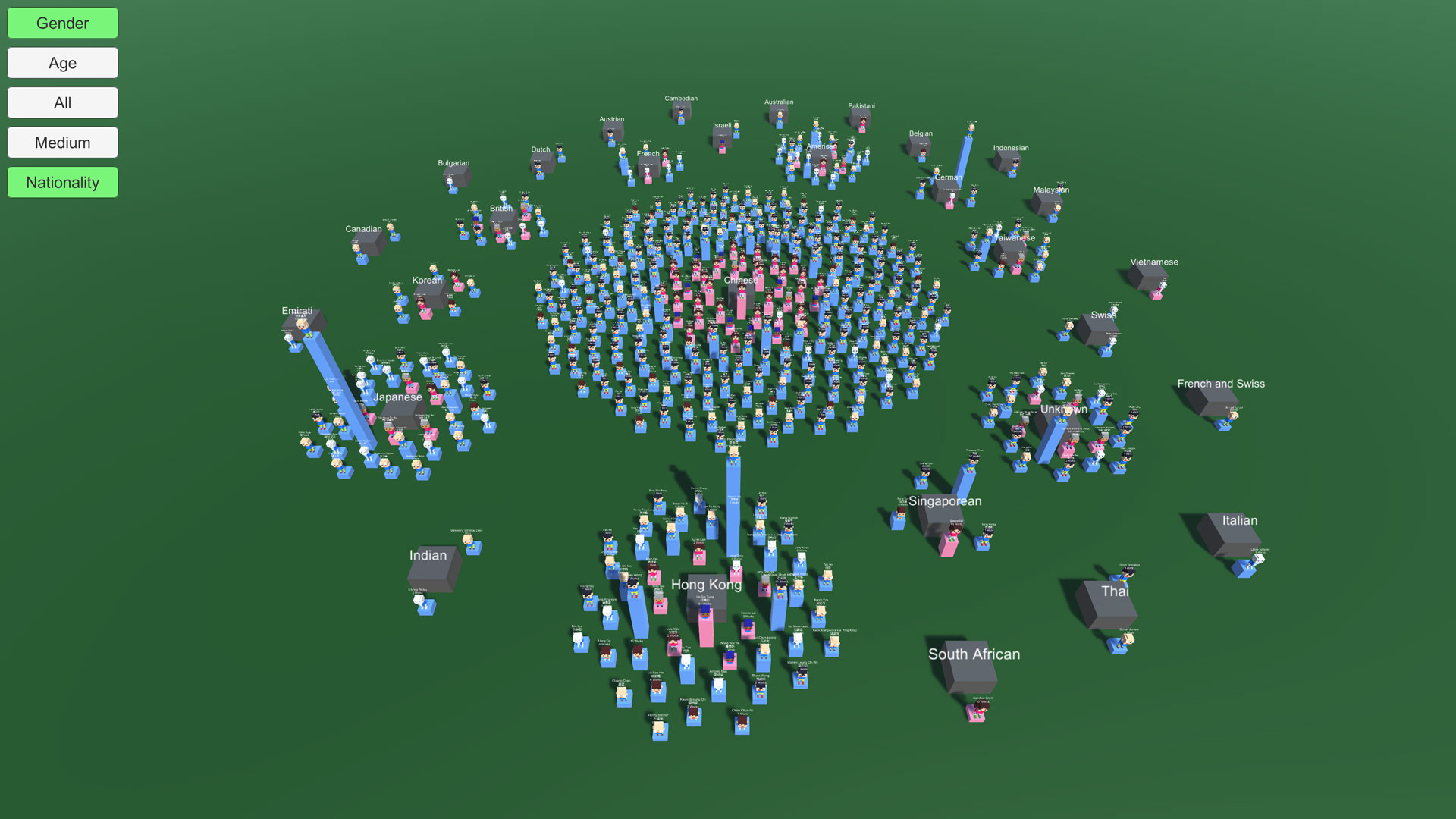 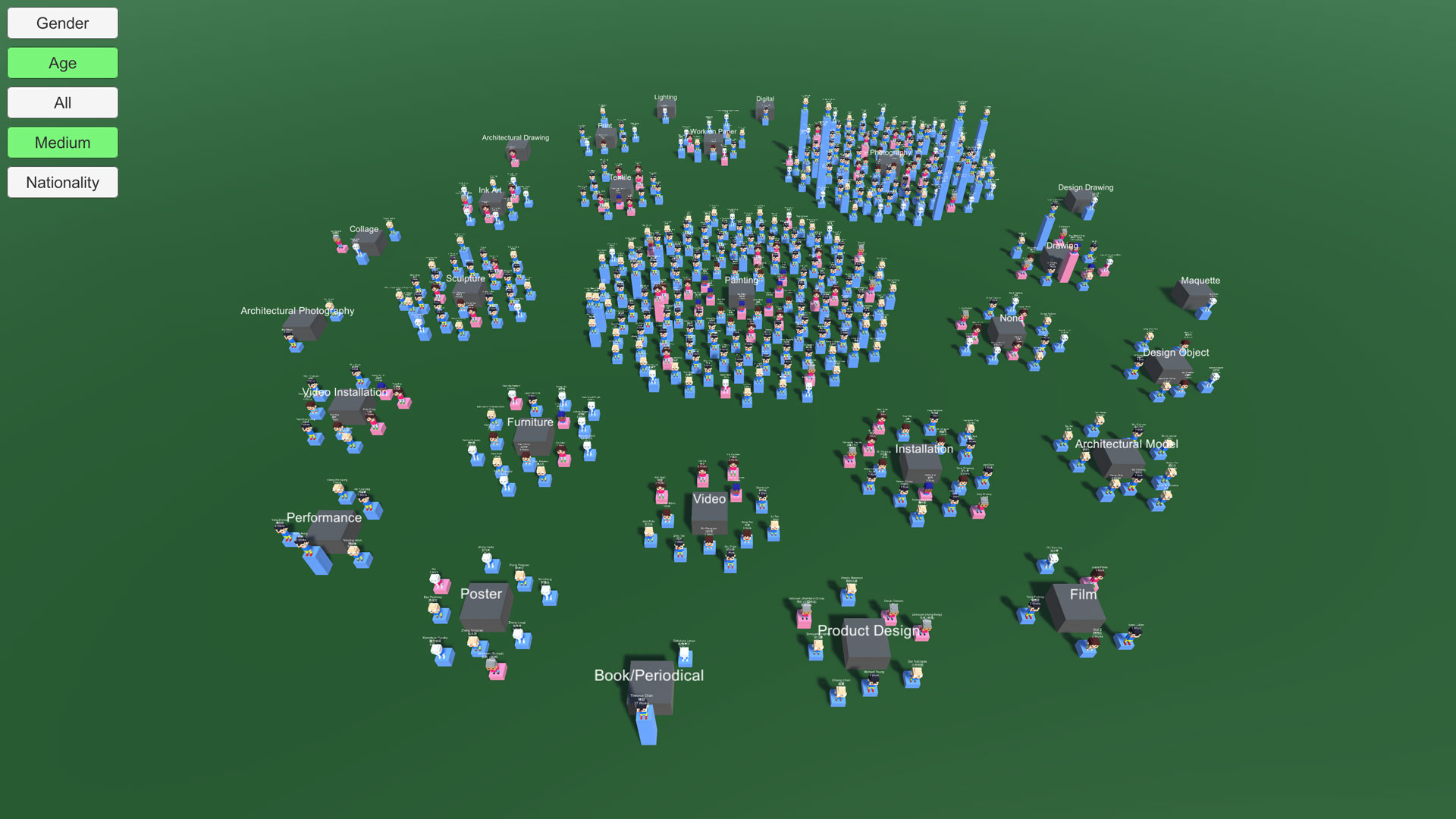