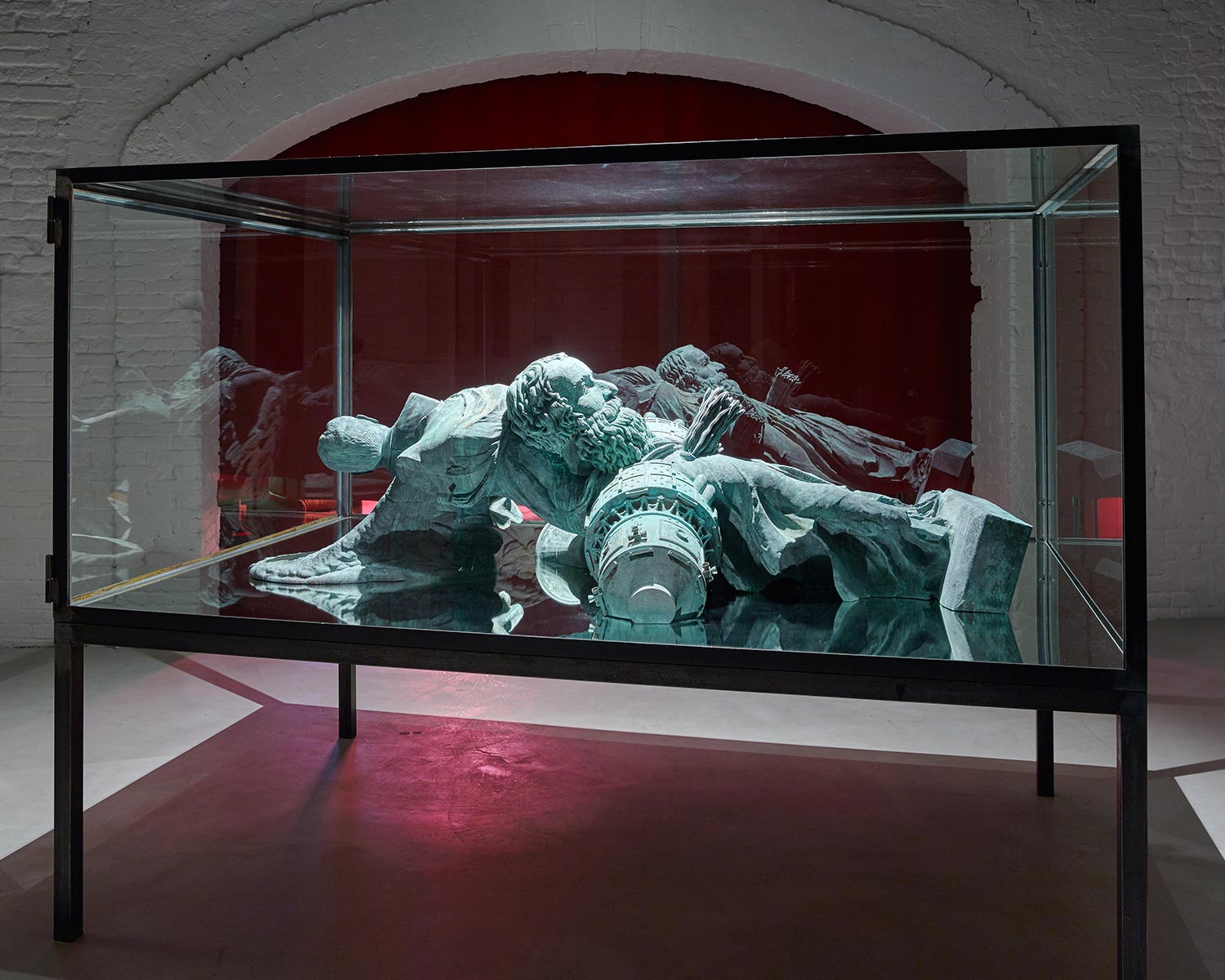 In 2017, sound and contemporary artist Samson Young represented Hong Kong at the 57th Venice Biennale with a multidisciplinary exhibition titled, Songs for Disaster Relief. For the exhibition spanning video, sound, and installation, MetaObjects helped to produce a large scale 3D printed sculpture as the centerpiece of Young’s exhibition at the Hong Kong pavilion as part of the work titled, Palazzo Gundane (homage to the myth-maker who fell to earth).

Young’s design combines the famous ancient Greek sculpture, Winged Victory, the Nike of Samothrace melting into the ground, together with intricate digital sculpts of the philosopher Pythagoras, a space station, and a bust of Ronald Reagan. Traditionally trained as a composer, it was Young’s first time working in the medium. We consulted Young on the 3D printing process and helped prepare the models for printing following the artist’s initial design and concept. We applied a liquify effect to make the sculpture appear as it it was melting, remodelled the space station from scratch, and combined all the elements into a single solid 3D printable file. The result was a work spanning two meters in length, printed in collaboration with 3D specialist Cosmo Wenman, who facilitated the printing and finishing of the piece. Below is a detail of the printing process, which was printed in several parts and assembled.

The exhibition was supported by M+ museum for visual culture and the Hong Kong Arts Development Council and was on display until November 2017.

Samson Young is an artist and composer based in Hong Kong. Young's diverse practice draws from the avant-garde compositional traditions of aleatoric music, musique concrète, and graphic notation. Behind each project is an extensive process of research, involving a mapping of the process through a series of ‘sound sketches’ and audio recordings. His drawing, radio broadcast, performance and composition touch upon the recurring topics of conflict, war, and political frontiers.