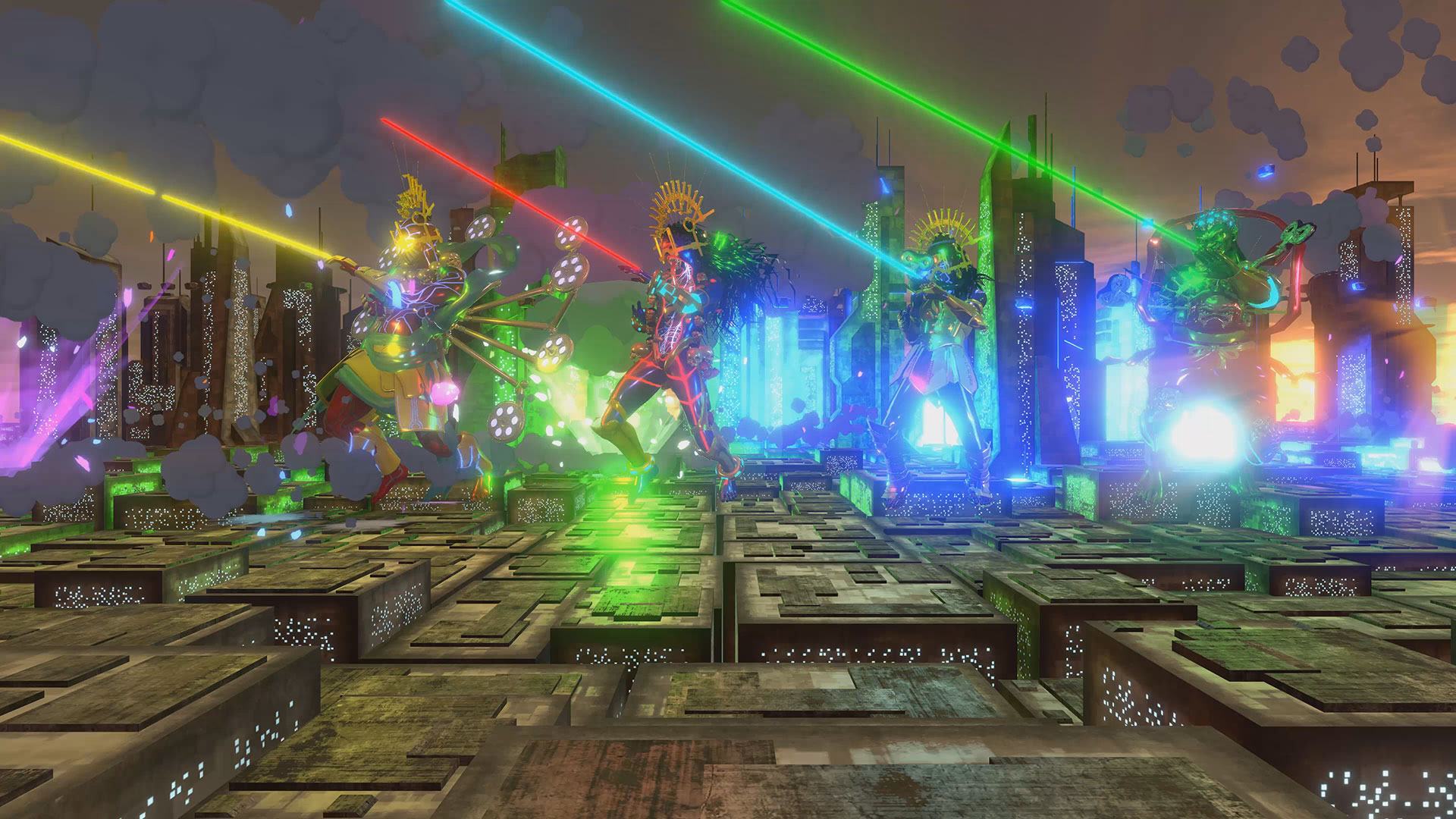 For the RAM Highlight 2018, ​Is It My Body? programme curated by Hsieh Feng-Rong, Lu Yang presented an updated live motion capture performances with dancers, music and AV set at the Rockbund Art Museum in Shanghai with three performances between 1-4 October 2018.​ "Smart RikuRiku" Returns to the TOP! Dance Battle brings together elements from pop culture, Otaku culture and "smart" culture in a stimulating vibrant, holistic visual-aural-body experience. The exhibition programmed included talks and workshops with Professor Hideyuki Ando from Osaka University to discuss his work with Brain Control Jutsu and Galvanic Vestibular Stimulation (GVS) which has inspired the work of Lu Yang and her on-going interest in brain stimulation, the body, Chinese medicine, mythology and Buddhism.

This work is an upgraded performance from her ​Electromagnetic Brainology Live performance with a touch-sensitive light up stage, multiple dancers, new characters, effects, music tracks and dance routines. 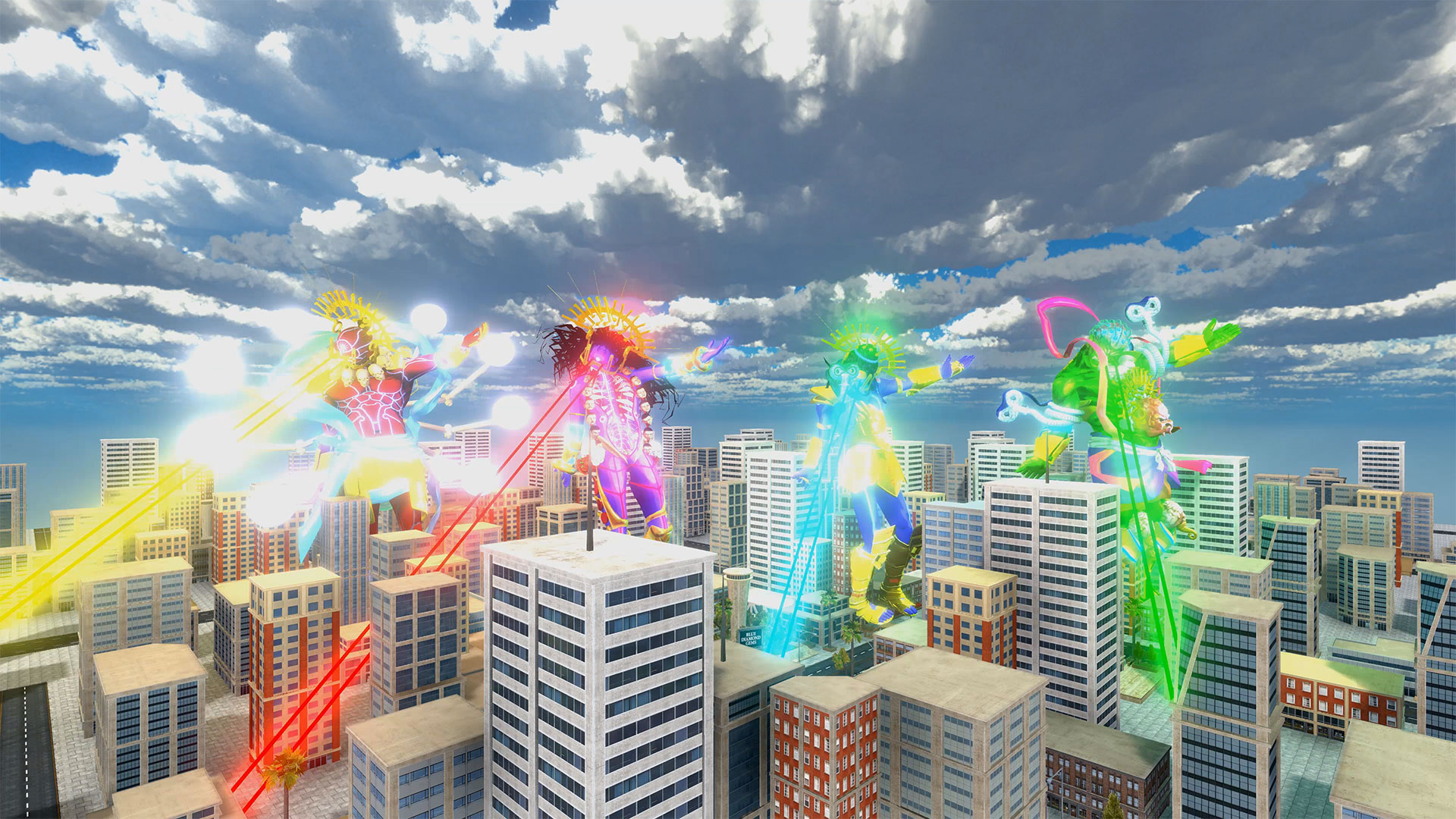 Previously, for the grand opening of the Powerlong Art Centre in Hangzhou, Lu Yang presented a new version of her ​Electromagnetic Brainology Live ​motion capture performance first presented at the Hong Kong Visual Arts Centre. The performance was presented during the opening ceremony of the centre alongside video installations of her work in a group exhibition titled ​Nine Tomorrows curated by Yao Dajuin.

MetaObjects worked with the Hangzhou China Academy of Art and the virREAL Centre for Art and Technology to develop the project using the OptiTrack motion capture system. Together with Lu Yang and dancer Jin Xin, MetaObjects developed a high energy audiovisual performance with effects, backgrounds and camera movement controlled live by the artist. The choreographed movements of the dancer were mapped live to 3D avatars of Buddhist deities designed by the artist.

In addition to the performance, a video derived from the performance was presented in the exhibition alongside other video works by Lu Yang. The performance was followed by and evening of audiovisual performances with a larges scale digital art exhibition featuring VR, installation, robotic and kinetic artworks by international artists including Elena Knox and Katsumi Watanabe, Victoria Vesna, Daito Manabe and Rhizomatiks Research. The exhibition runs from 4 May until 4 August 2018. Read more about the ​Nine Tomorrows exhibition.

The first presentation of Lu Yang's ​Electromagnetic Brainology Live performance took place during the closing event of the ​You Me OurSelfies exhibition at the Hong Kong Visual Arts Centre presented by Videotage. For the performance on 22 January 2018, MetaObjects used HTC Vive trackers to capture the movements of a live hip hop dancer (Ken Chung) to animate the characters. An interface was developed to allow Lu Yang to control the background environments, trigger effects, character costumes and camera movements live. The result was a high energy performance that was later developed and enhanced in subsequent presentations in Hangzhou and Shanghai.

Lu Yang is a Shanghai-based artist who creates original and provocative experiences that celebrate the internet and its offer of control over one’s identity, partially liberated from the rigid confines of nationality, gender, and sexuality. Incorporating virtual reality, gaming subcultures, and popular music, Lu Yang’s work is as saturated with manga and anime influences as it is with religion, neurology, and the human body—interested not in the ends or means, but the pursuit of unexplored territory.