Video still from Uploading Consciousness To A Lotus Root (2018)

Wong Kit Yi presented an exhibition, Magic Wands, Batons and DNA Splicers in the a.m. space booth at the Art Basel in Hong Kong from 27-31 March 2018. For the booth, MetaObjects installed a bio lab in collaboration with Dr. Yun Lam of City University Chemistry Department and ArtSciMedia. The project involved taking DNA samples of visitors using oral swabs and running a Polymerase Chain Reaction (PCR) to magnify the sample and using Agarose Gel Electrophoresis to separate the maternal DNA. Visitors to the booth can leave their sample after signing a consent form and can then pick up their DNA at the booth at the end of the day after running the process. MetaObjects organised a team of helpers from the School of Creative Media to assist with the bio lab throughout the fair. In addition to the bio lab, MetaObjects also produced the subtitling and effects for Wong's video, Uploading Consciousness To A Lotus Root (2018). 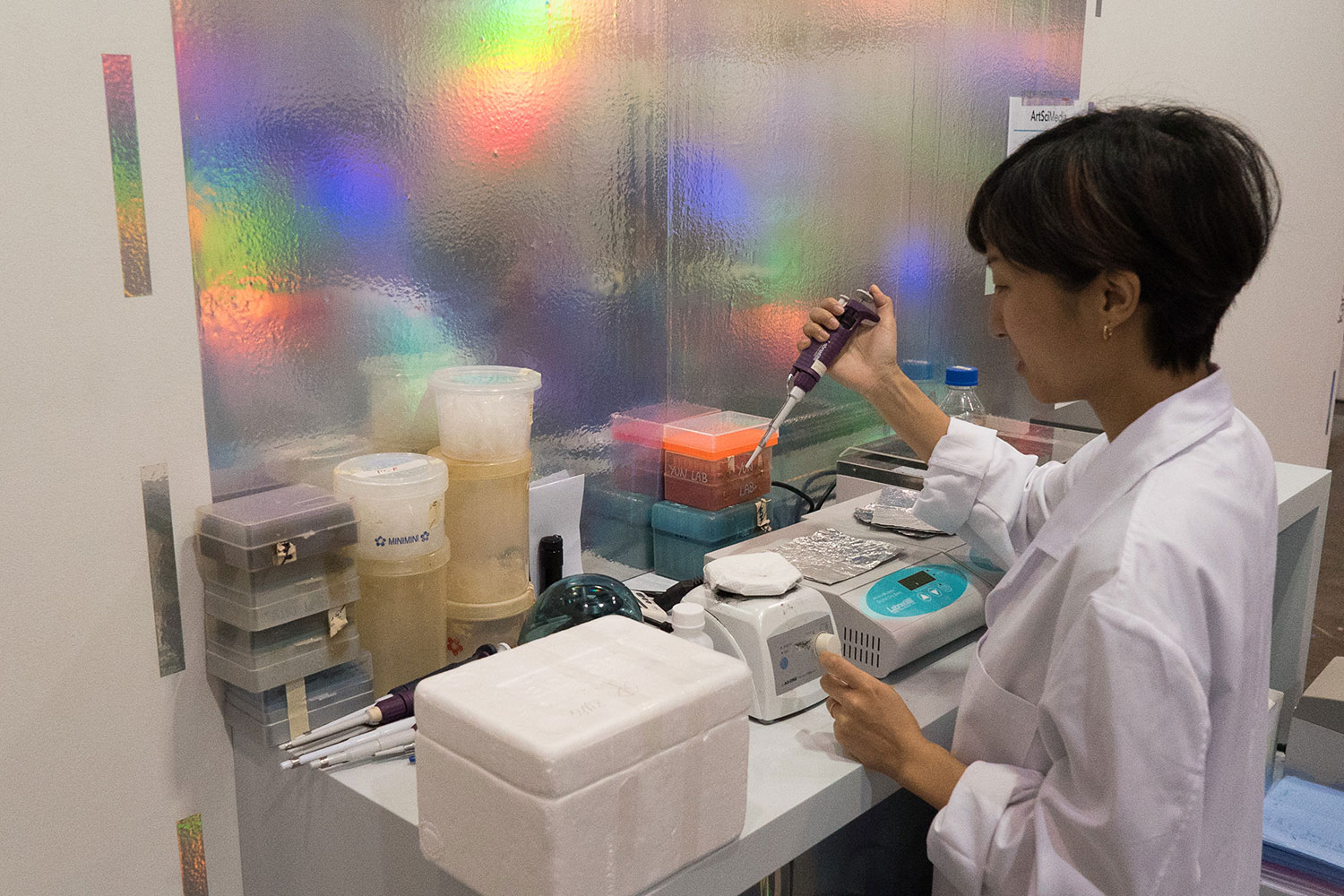 Magic Wands, Batons and DNA Splicers brings to the question: How long is forever? In legal contracts, genetics, art, and our personal lives, we often employ expressions like “in perpetuity”, “everlasting”, “permanent”, even “immortal”. Yet the meaning of these terms is different in every situation and often alters in response to changing circumstances. Wong Kit Yi's work traces this conundrum across history and into such current biotechnology fields as gene splicing and reverse aging. Works include sliding-box wall photograph pieces, double-sided drawings on hinges, a DNA sampling station, and a film structured in her signatures karaoke-inspired sing-along format, bringing together family lore, Hong Kong history, bizarre sea creatures, and the concepts of ownership and long-term leasing—all with an eye to what "transparency" means in these diverse but somehow deeply related contexts.

Wong Kit Yi is a New York-based artist born in Hong Kong. She graduated from the MFA program at Yale University and moved to New York in 2012. She regards growing up in Hong Kong as a major influence on her work. Wong is inspired by the sea of her mother’s random thoughts, her spirituality, and her proactive business strategy.

Solo shows include: Futures, Again, P!, New York (2017), and Sandwich Theory: convertible painting series, a.m. space, Hong Kong (2016). Her works have been included in group projects such as Survival Kit 9, Latvian Centre for Contemporary Art, Riga (2017), In Search of Miss Ruthless, Para Site, Hong Kong (2017), and Bringing the World into the World, Queens Museum, New York (2014). Her film A River in the Freezer (2017) was collected by the Kadist Art Foundation. She is the 2017/18 Shift Resident at the Elizabeth Foundation for the Arts, New York, where she seeks biological answers to metaphysical questions. 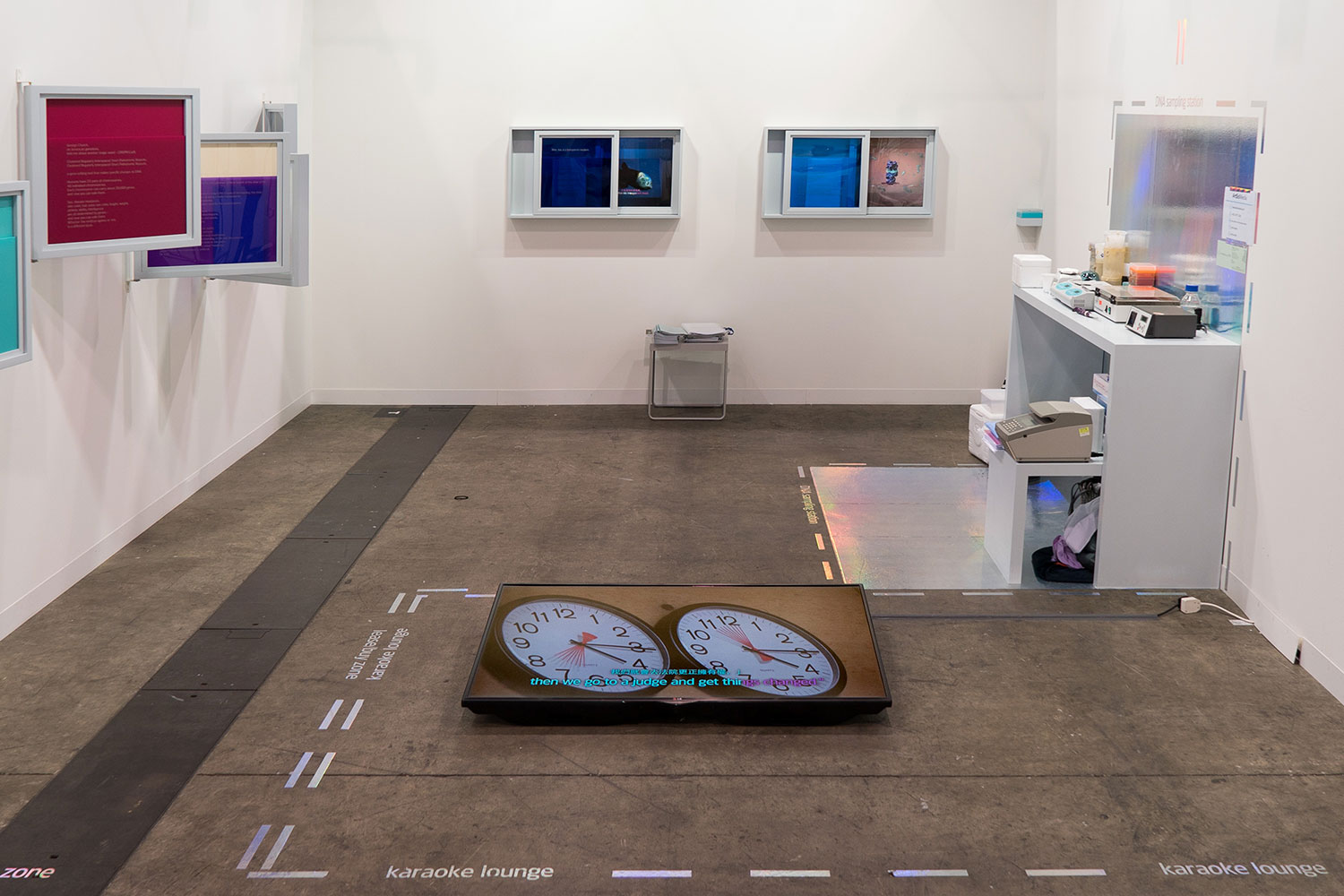